The Life of Jacob Brawler

Dr. John J. McLaughlin wrote this story as part of a project during his studies for a doctorate in History at Drew University. He made several trips to South Carolina, visited the Florence National Cemetery in Florence, South Carolina and searched the Revolutionary War records at Columbia, South Carolina.

Read or download the paper »
Posted by New Jersey World War II Book Club at 9:58 AM No comments:

Next Meeting in October 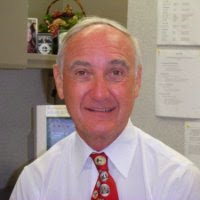 Paul E. Zigo will present a lecture at the Millburn Library on his recently published book, The Longest Walk, the story of the 116th Infantry Regiment of the 29th Infantry Division. (This lecture was previously scheduled for February 17, but cancelled because of a severe storm) The lecture will commence at 7 p.m.

The 116th Infantry Regiment landed at Omaha Beach on D-Day June 6, 1944. They were featured in the riveting opening scene of the movie "Saving Private Ryan". This regiment lost one third of the 3200 men who made the landing that day. Paul has visited the site of the landing at least five times during the preparation of this book.

Mr. Zigo is a 30-year veteran of the United States Army Reserve, retiring as a Colonel in 1994. He is a 1989 graduate of the U.S Army War College, Carlisle Barracks, Carlisle, PA.
Posted by New Jersey World War II Book Club at 12:40 PM No comments:

Remarks on the 70th Anniversary of VJ Day

Dr. John J. McLaughlin gave this lecture on August 15, 2015 to a group of veterans at Camp Evans, Wall Township, NJ on the occasion of the 70th Anniversary of VJ Day. A number of the people in the audience were combat veterans who had served in Europe, and were slated to travel to the Pacific to take part in Operation Downfall, the invasion of the Japanese homelands, but were saved from this ordeal by the dropping of the Atom Bombs. Many of the veterans are angry about reading and hearing stories which criticize the use of the bomb to end the war. They all said "Thank God For The Bomb."  Read the remarks »