Schuber to Speak on Operation Anthropoid

Our next lecture will be on Tuesday, June 23 at 7 p.m. at the Millburn Library. William "Pat" Schuber will speak about "Operation Anthropoid - The Assassination of Reinhard Heydrich." Mr. Schuber is a lawyer and teaches history at Fairleigh Dickinson University. He is also a Civil War historian and has visited every one of the Civil War battle sites.

Operation Anthropoid was the assassination of top Nazi leader Reinhard Heydrich, the Chief of Reich Main Security Office, the "Protector of Bohemia and Moravia" and the chief planner of the Final Solution. He was involved in most of Hitler's intrigues and a valued political ally, advisor and friend of the dictator. Due to his abilities and power he was feared by almost all the Nazi generals. Heydrich was nicknamed The Butcher of Prague, the Blond Beast or the Hangman.

The exiled government of Czechoslovakia under President Edvard Benes was under pressure from British intelligence, as there had been very little visible resistance in the Czech lands since the German occupation began in 1939. Resistance was brutally destroyed by Heydrich. The decision to assassinate Heydrich was designed to give inspiration to the Czech people and show the world that the Czechs were allies. Heydrich was one of the most important men in Nazi Germany and his death would be a huge loss and a profound psychological victory.

The carefully planned effort to kill Heydrich has been thoroughly researched by Pat Schuber, who has visited the site of the assassination and read extensively about the event. His lecture will include many slides, including images of the completely destroyed village of Lidice, which was leveled to the ground on personal orders from Hitler in retaliation for the assassination.
Posted by New Jersey World War II Book Club at 11:12 PM No comments:

Japanese Submarines Are May Meeting Topic

The next meeting of the New Jersey World War II Book Club will be on Tuesday, May 19,  at the Millburn Library, at 7 p.m. 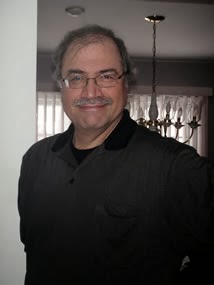 Our speaker will be Bruce Tucker who will present a lecture, slides and some video on the Japanese Super Submarine (I-400 class) and Japan’s plan to use these submarines to alter the course of World War II. While there were a number of significant secret weapons developed during World War II such as jet aircraft like the ME-262 and missiles like the V-1 and V-2, one of the most secret and potentially most terrorizing of them all was a gigantic 400 foot long submarine that could travel 1 and 1/2 times around the world undetected and then surface briefly off the coast of a major US city like NY or Washington and launch a surprise attack. Although these monster Japanese submarines were never actually used as they were intended, and all traces of them disappeared shortly after the end of the war, they did manage to inspire the post war/cold war navy’s of the world with some of their astounding technologies. Two of their submerged wrecks, I-400 and I-401 were only recently discovered by divers in 2005 and 2013 off the coast of Hawaii. They now help to tell the rest of their story and why they were quickly disposed of by the US Navy in 1946.

Bruce Tucker has taught history at Rutgers University School of Continuing Education Osher Life Long Learning Program and was recently awarded the 2015 Marlene M. Pomper OLLI-RU Teaching Award. Bruce also lectures and presents living history at various libraries, senior centers, community centers and public schools in New Jersey, Pennsylvania, and New York City. He is a graduate of the City University of New York and The Stevens Institute of Technology in Hoboken. He lectured to us back in November, 2013 on Operation Catapult, the destruction of the French Navy during the fall of France in the summer of 1940, and was warmly received.
Posted by New Jersey World War II Book Club at 1:29 PM No comments: