The next meeting will be Tuesday October 15, 2013, as usual at the Millburn Library commencing at 7 p.m.

Cathryn J. Prince will present a lecture based on her recently published book

Death in the Baltic. Ms. Prince tells in stunning detail the story of the worst maritime disaster of World War II, when more than 9,000 German civilians drowned. This tragic loss went unreported. In January 1945 the outcome of the war had been determined. Germany was in free fall as the Russians closed in from the east. More than 10,000 women, children, sick and elderly pack aboard the Wilhelm Gustloff, a former cruise ship. Soon after leaving port three Soviet torpedoes strike it, inflicting catastrophic damage and throwing passengers into the frozen waters of the Baltic. Drawing on interviews with survivors as well as letters and diaries Ms. Prince reconstructs this forgotten moment in history. Her book has already received rave reviews. 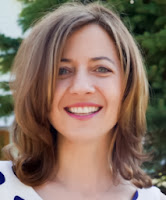 Ms. Prince is the author of A Professor, a President, and a Meteor: The Birth of American Science, for which she won the Connecticut Press Club's 2011 Book Award for non-fiction. She is a former correspondent for The Christian Science Monitor in Switzerland and in New York, where she covered the United Nations.  Learn more about Ms. Prince here »

Dues for the Upcoming Year
Membership Dues are $25.00 a year (September 2013 to August 2014) for a single membership and $30.00 for an entire family. Accordingly, we ask all members to pay their dues now. Please send a check to John J. McLaughlin 10 Farmstead Road Short Hills, NJ 07078 or pay at the next meeting. Please, if possible pay by check to assist our bookkeeping.

Holiday Dinner - Save the Date
Mark your calendar. This year our Holiday Dinner will be at Mayfair Farms, West Orange, NJ. The date is Tuesday, December 17, 2013. Cocktails 6:30. Details will be given in later announcements.
Posted by New Jersey World War II Book Club at 6:52 PM No comments:

Who Will Do the Cooking?

Melissa Ziobro launched the Club's first meeting of 2013-14 with a look at the human experience of gender integration in the nation's army.  The large audience responded warmly to Ms. Ziobro's tales of the women who broke the gender barrier to become WACs.  Although women had served to support  the military as both nurses in the Civil War and telephone / telegraph operators during World War I, they weren't considered as anything but support personnel, whose efforts were over when the conflict was.  As Ms. Ziobro explained, the "hello" girls who valiantly "manned" the phones during World War I, weren't awarded veteran status until 1978.  The excerpts from the congressional record, including the quote about who would do the cooking, reflected the concerns society had about the role of women in the military.  Apparently army commanders had no such concerns, eagerly supporting the creation of the Women's Army Corps so that women could fill non-combat jobs. 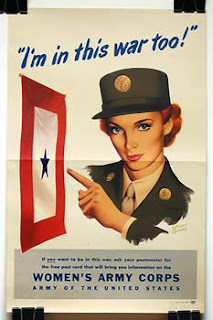 The presentation prompted many questions from the audience, including some concerning numbers and statistics.  In an e-mail, Ms. Ziobro provided the following sources that should help answer those questions: